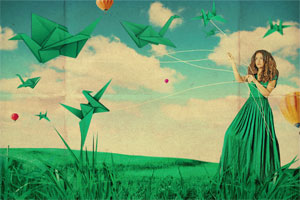 Thousands of years ago, a visionary that continues to enlighten us today, said something that rings truer than ever before: “Give me a new mother, and I’ll give you a New World”

A Mother today is truly being called to a “new” kind of mothering. Today’s mom is no longer being asked to simply nurture, love, support and raise a balanced child.

Gone are the days when her responsibilities were to cook a meal, clean a home, work a job, educate, and pass on family values. There was a time when that is mostly what a child needed in order to embark on its journey into this world. This now serves only as a foundation.

Today, a mother is being summoned for something greater. She is called to search deep within her for the strength, and courage to actually create a new world. She realizes that her child’s future requires improvement, and transformation. She can no longer turn her eyes away from “what is”, and what “it” is leading to. She accepts that she faces a new responsibility – to create a new world.

She dares to take an honest look at what is happening. She listens to statistics from highly credible institutes like MIT, that shout to her “by 2025, 50% of all children will be autistic due to a GMOs correlation”; CDC warns about the sudden 40% increase in young heroin deaths, and declares an epidemic; there is a wave of brand new childhood diseases; judges in Europe rule that vaccines cause autism; teenage suicides are higher than ever; underage shootings are a new challenge; terrorist activity is the new normal; climate change is real; a water drought begins … and as she braces herself to continue looking, and listening to the future of her child, today’s mom begins to feel a sensation within her.

The sensation however is quickly dimmed by fear, anger, and resignation. She is fearful of what’s happening, and angry that her child will be living amongst sick peers that are either drugged, or simply not cognizant and autistic. She knows that this is not acceptable, and yet feels immobilized.

She’s panicked that there will be no clean water, food and air for her child. She is resigned because she is overwhelmed by the magnitude of this dark picture. She worries for the upcoming generation, and the future.

After the emotional roller coaster ride is over, she realizes the original inner sensation is still there. A familiar, ancient, trusted, instinctual force that reminds her how it was powerful enough to help women before her survive, and raise a thriving next generation. The feeling within, assures her that mothers have prevailed for thousands of years, and now she must reach within for the same creative forces that created her child – only now they are called to create a whole new world for this child.

But as Plato said, it requires a “new” mother to create a new world. A mother that weaves thousands of years of gut instincts, with today’s tools.

A kind that listens to her own inner voice that tells her “today’s paradigm is NOT ok”, and follows through by having the courage to not only make her own trusted choices, but to also be a stand for those choices – at any cost – regardless of what anyone else tells her.

The only other option would be to look away, and do nothing; not answer her calling out of fear, and allow “what is” to continue until it can no longer be changed. By then, she would realize that this price is much heavier to pay than any other – and ultimately is not an option.

And so she turns back to that inner tugging, and pushes herself to answer this Call to Action. As a NEW mother she not only creates that foundation for her child – she would also forge a new path to create a better tomorrow.

As she senses her child is hesitant to enter this uncertain world, she holds it closer to her heart. She knows that in order to honestly assure her little one that the world ahead is safe, she first has to find a way to change the current situation. She begins reaching out for support to a like-minded community that is committed to creating a transformed world.

She wonders which direction to take, and joins hands with a few friends to make it easier – she considers starting small, with simple actions – like boycotting the foods that impact her child’s health and environment; boycotting pharmaceuticals, and learns more about natural remedies from like-minded practitioners. She realizes the power of consumer voting, and how her dollars can help a movement. She thinks of various ways to no longer support the corporations that are contributing to this dim future.

As she learns more … she is rewarded by a new life, with a healthier family. Fear is no longer present. Her child loosens its grip, and she feels more optimistic. She begins to feel empowered. She focuses on her biggest concerns, and what she can take on. She initiates conversations with others about what she’s learned, and how she’s improved her life. She shares information, and sometimes even has a little screening in her home to help spread the good word, and raise awareness.

Her life improves, and she begins to see the possibility of improving her community. She considers going bigger, and hopes for a larger impact. Possibly organize events to educate, and raise awareness; she becomes a voice in her community; makes changes in her school; she offers healings; makes environmental changes in the home, and neighborhood; starts a food co-op with neighbors; organizes to lobby her politicians for better laws; joins politics; and quickly realizes that her options are endless.

She notices how powerful her creative force is. How she has been gifted with the divine ability to create life – and to similarly create a world. She finally accepts that her inner guidance is so strong that it can create a new course for the future, where out of the current chaos can be born a world of justice, peace, health and unity.

She is slowly answering the Call that has been tugging at her. She now understands Plato’s words, and is clear on how she is the essence of “possibility” for her child’s future. She is no longer afraid. Instead, her emotions fuel her passion for this new world. She’s excited, supported, empowered and ready.

She has now evolved into a New Mother, that is creating a New World.